As mentioned in Devblog 53, I decided to stop the monthly updates and Devblogs in favor of less frequent and larger updates. After the last update, I took a break for a few months and have since been chipping away at this update.

An office building has been added to the lower part of the map. While it’s not a great place to find weapons, you can find some food and medical supplies here. 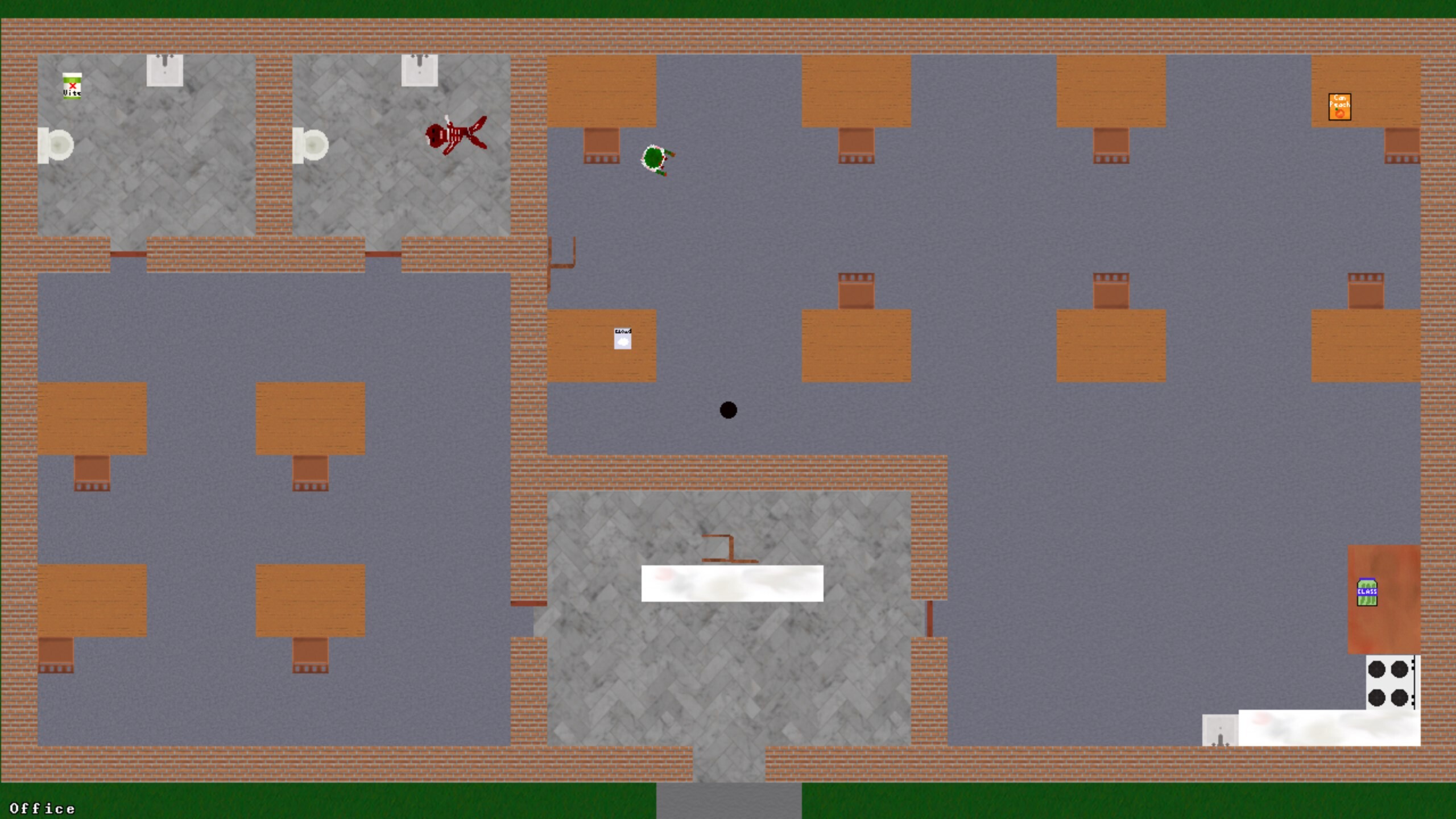 Campfires can now be built and placed like other building objects. It can act as a light source during the night and will slightly increase health regeneration when you stand nearby.

A system for zombie fatigue has been implemented.  With this zombies will spawn with a random fatigue level, slowly increasing until they enter a sleep state. Currently, they will only sleep for around a minute and will wake up and chase you if you get close enough.

The inventory has been cleaned up and improved a bit with this update. Inventory slots that don’t have a corresponding item are now hidden instead of showing “None:” and it is now a bit easier to navigate using the UI Left and UI Right keys.

Due to a bug, the building system has had some changes and improvements. If you attempt to place something in an invalid area, the game will display an X instead of an inverted texture of the object. I have also implemented a system for selecting which types of objects you want to destroy to make it easier to break specific objects.

As I have since received my Deck, I was able to do some testing. I have also made some changes to improve controller use and have implemented official layouts. While Z: The End has not yet been reviewed, it is very much playable on SteamDeck.